Does it matter whether we have free will?

Does it matter whether we have free will?

It does, in principle. But because most likely we can’t figure out whether we have it or not, it doesn’t matter.

You might as well ask whether it matters to be in control. To which I would definitely say yes, unless you’re up for surprises.

It’s a fundamental question since if we do not have free will then we are not responsible for our actions.

“Imagine, if you will, that Black is a quite nifty (and even generally nice) neurosurgeon. But in performing an operation on Jones to remove a brain tumor, Black inserts a mechanism into Jones’s brain which enables Black to monitor and control Jones’s activities. Jones, meanwhile, knows nothing of this. Black exercises this control through a sophisticated computer which he has programmed so that, among other things, it monitors Jones’s voting behavior. If Jones were to show any inclination to vote for Bush, then the computer, through the mechanism in Jones’s brain, intervenes to ensure that he actually decides to vote for Clinton and does so vote. But if Jones decides on his own to vote for Clinton, the computer does nothing but continue to monitor—without affecting—the goings-on in Jones’s head.”

In such a scenario where there is only one objective outcome, John could have been controlled against his desire and thus would’ve been unfree. But if he were to deliberately vote for Clinton, then he was free and consequently morally responsible for his decision. This is an account for sourcehood, which focuses on the source of one’s action and how it was brought about. Interesting theory to think about.

That doesn’t really address the fundamental problem which is that if there is no free will then John would vote a certain way based on the state of John’s mind which is deterministic. John’s awareness of his actions and feeling of having made a decision is simply a post hoc rationalization. In practice John never had a choice in the matter to begin with.

That’s compatibilism for ya, it’s a strong theory (based on the Frankfurt School) yet controversial as is everything concerning the topics of free will, determinism and causation. But it does raise a point wether the knowledge of the existence (or absence) of free will can have an impact in of itself.

Right, and I’d argue that in deterministic view the impact of knowledge is already factored in. It becomes just one of the variables that the mindstate is composed of.

It is, but it also isn’t. We act on the assumption of free will. But really the assumed consequences for ones actions, is obviously one of the things that elminates the control of them. Therefore whether our thoughts are free or not. we would not remove the consequences for ours and other actions because, that would remove a force preventing them from doing things which harm us.

You’re right that rules are behavior modulating mechanisms, and in a deterministic world these rules modulate the behavior the same way they do in a free will world. However, we should look at laws through a very different moral lens in this scenario. The concepts of guilt and intent are based in the idea that we have a genuine ability to choose our actions. 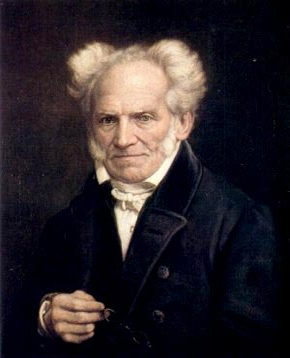 Someone thought about it…

I’d say it doesn’t. Free will only exists when one’s actions can’t be reliably predicted by anyone else, but that doesn’t depend on or affect oneself.