I ended up linking neoliberal sources and was just ignored and downvoted lol.

Stalin oppressed the poles by restoring their borders to a state not seen since the early medieval ages and deported German settlers from the country. Ah but of course, the polish conquests of Belarusian, Lithuanian and ukrainian territory were “rightful polish clay” though right? These guys have no understanding of history whatsoever.

Bonus points for equating the Holocaust with the holodomor and the great leap forward (?). No one denies that people died during the holodomor, the argument is that there isn’t any evidence it was an intentional genocide of ukranians. Nazis argue that literally no one died during the Holocaust, it was all fake, the camps, the mass graves, everything.

Poland also took part in the partition of Czechoslovakia.

A most idiotic move, even by the standard of prewar idiocy.

Fun fact was that it was actually somewhat justified by the standard of the era, since that small part had actually a polish majority and were occupied by Czechoslovakian army after WW1 (probably for strategic reasons), but the pettiness of such revanchism was stunning and the timing was absolutely horrendous. And so, Poland become vulture for the nazi predator for basically no reason.

Nowadays the issue is settled, there are mostly Czech people living there and not even the craziest nationalists in Poland mention it.

deported German settlers from the country

I remember getting into an argument with an antisocialist on Reddit years ago who said elsewhere that I was justifying ‘ethnic cleansing’. I was enraged reading that.

Capitalists have always liked synchronizing class with ethnicity when possible, as we can see in Apartheid South Africa. It isn’t the decolonizers’ fault that it looks like an ethnic issue.

Soviet famine (of 1932–3). ‘Holodomor’ is a dysphemism coined by Ukrainian ultranationalists.

Nazis argue that literally no one died during the Holocaust

Not exactly. Most of them prefer to argue that it was ‘only a few’ Jews who died and that they probably died by accident anyway.

Ahh, yes, the grate leap forward. Many lemon shavings were lost to the ccp. truly a crime of the ages.

People criticize Mao for his introduction of lemon zest into Chinese cuisine. They don’t realize his only goal was to make China grate.

“But your source does not like muh nazi propaganda. You can’t fool me.”

Give this man a medal

“So now you’re saying that the CIA, the organization that you say spreads disinformation about communist countries, is a reliable source. Smh, tankies are so stupid”

The Annoying One
link
fedilink
27•3M

bro really asked the source of a source 💀💀

Either an illiterate person or a 12 year old.

“plus of stalin” lmao

It’s gotta be a troll. He misspelled source three times and auto-correct on my phone fought me to do it once.

I get sucked in to a lot of pointless online arguments but I draw the line at proper spelling and coherent sentences.

Western liberals are insufferable I don’t even bother with them anymore.

He invaded Poland to secure a buffer zone and warm up to the Germans so he could have time to prepare for the upcoming war. All things considered, it was the right decision.

First part is incorrect. Firstly, Stalin did not invade Poland. There was never a declaration of war, either by the Soviets or by the Polish government. This is because at the time that Soviet troops entered what had up until then been “eastern Poland”, the Polish state had effectively ceased to exist. The government had fled into exile in a neutral country - Romania - and the army had collapsed. There was no more military or civil administration of the country left, it was a complete vacuum. Even western newspapers never referred to it as an invasion at the time, it was simply not seen that way by most people.

Secondly, the territory which was annexed, so-called “eastern Poland” was actually Ukrainian and Belarussian territory that had been stolen by Poland in the 1920 war while Russia was busy fighting a civil war and was unable to prevent the Poles from taking it. (Poland also at that time had attacked and seized territory from Lithuania as well by the way, something many people do not even know about.) According to the treaties signed after the first World War which established the Polish state, its borders were never supposed to go that far east into lands that still had a clear non-Polish majority, even in the 1930s after over a decade of Polish attempts to colonize them. The Soviets were simply reuniting the Belarussian and Ukrainian nations with their lost territories.

Lastly, the only other option the USSR had, seeing as the Poles had previously refused Soviet offers for military aid in case of a German attack, would have been to allow the Nazis to take it all. This would have placed millions more people under their tyranny. Many jewish Poles escaped the Nazi occupied territories by entering the Soviet annexed part where they found for the first time freedom from anti-semitic persecution. Yes it was absolutely the right decision, it would have been in fact a moral crime to not step in to protect those people from the Nazis. As a buffer zone however it did not have that much success.

Do you have a source you’d recommend for this (and other events around this period)?

This site has some good articles on such historical subjects:

Here are two more that you should also read that debunk common anti-Soviet propaganda talking points around this period: 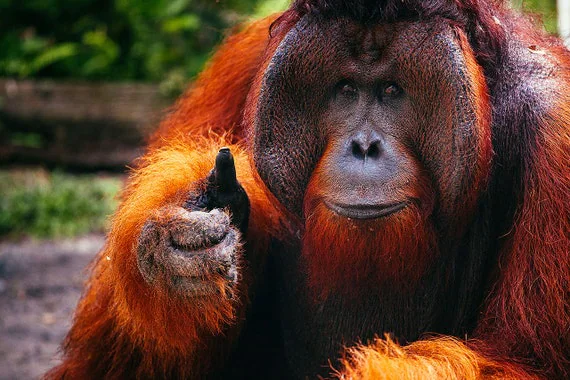 Do you have a link to the link in the OP pic?

Correct in all points. The main goal was still to buy time though. It didn’t work as a buffer zone because the defensive works were not ready by Barbarossa, but the extra year gave the USSR invaluable time to prepare its industry and military.

Edit: also regarding your last point, I always hated how Schindler’s List ends with a Soviet soldier telling the Jews to not go east because people hate them there. It’s such revisionism.

Jewish people were treated better in the USSR than in any western country. The Soviets were the only ones with actual laws against anti-semitism at the time. They were the only ones who had explicitly and openly condemned all forms of racism and reflected this in law and in practice in their society with harsh punishments for anti-semitic or racist attacks.

Meanwhile in the west many were literal Nazi sympathizers and of those that weren’t quite a few either wanted to keep jewish refugees out or get rid of them by shipping them to Palestine.

Important to also note that the Soviets also didn’t extend 1 inch past territory that wasn’t previously Russian before 1917.

Nobody said Stalin “cared about the Poles” (to use their words)? You just said Stalin wanted to send troops to the German-Poland to invade Germany.

Also he did cared about Poles. He was against idea to escalate war with Poland in 1920, he had excellent communication and took active part in setting up socialist Poland in 1944-52, he personally intervened to further up polish interests and requests to the western allies, including handing over nazi war criminals, his deal with De Gaulle significantly eased up recognition of socialist Poland in the west, he advocated for the border changes which ended up with Poland recieving very valuable lands of Silesia, parts of Greater Poland and Pomerania at the cost of Germany, oversaw the relocation of people and borders at the east which made Poland a very united country in every respect, sent one the best soviet generals Rokossowski (ethnic Pole) to build up military potential of Poland while also sending substantial material support (it was huge success, polish army was one of the strongest in Warsaw Pact as a result).

I condemn this fool to a communist literacy program. Off to the DPRK for forced basification and hard theory.

Literally foaming at the mouth

We have a Matrix homeserver! And a Matrix room (start at #welcome:genzedong.org)!