link
fedilink
Lenins2ndCattoasklemmy@lemmy.ml•Does anything justify stripping someone of their citizenship?
link
fedilink
4•5M

If a US citizen is accused of being a spy and their citizenship is stripped, what stops Russia from granting them a citizenship and using international law to attempt to get them free on the basis of human rights abuse against a Russian citizen?

The government turning around and just saying “nah mate”. Something they absolutely would do in that scenario.

Laws only matter up until they conflict with strategic interests, then they stop giving a fuck.

Also the guy who headed TSMC, […] is now heading SMIC

This is interesting. Anything to read on this?

Which works do you recommend to refute each point?

There is nobody reading an article from Kaspersky that does not already know the meaning.

Complaining about use of the word hacker is the tech nerd’s equivalent of complaining about clips vs magazines. It doesn’t matter and everyone understands it anyway, there is absolutely no reason to be bent out of shape by it except in situations where being specific and clear instead of generalising actually matters.

Gun nerds deserve being laughed at for getting upset over it and so do tech nerds.

Marxists should stand beside the workers that will be displaced by this. The technology would be great in a system that understands how to protect people, reskill them, change industry, etc etc. But in the system we have it will harm these workers and the ““leftists”” I’ve seen refusing to stand by them in that and lauding the technology clearly do not have workers at heart. They enjoy their new toy too much. 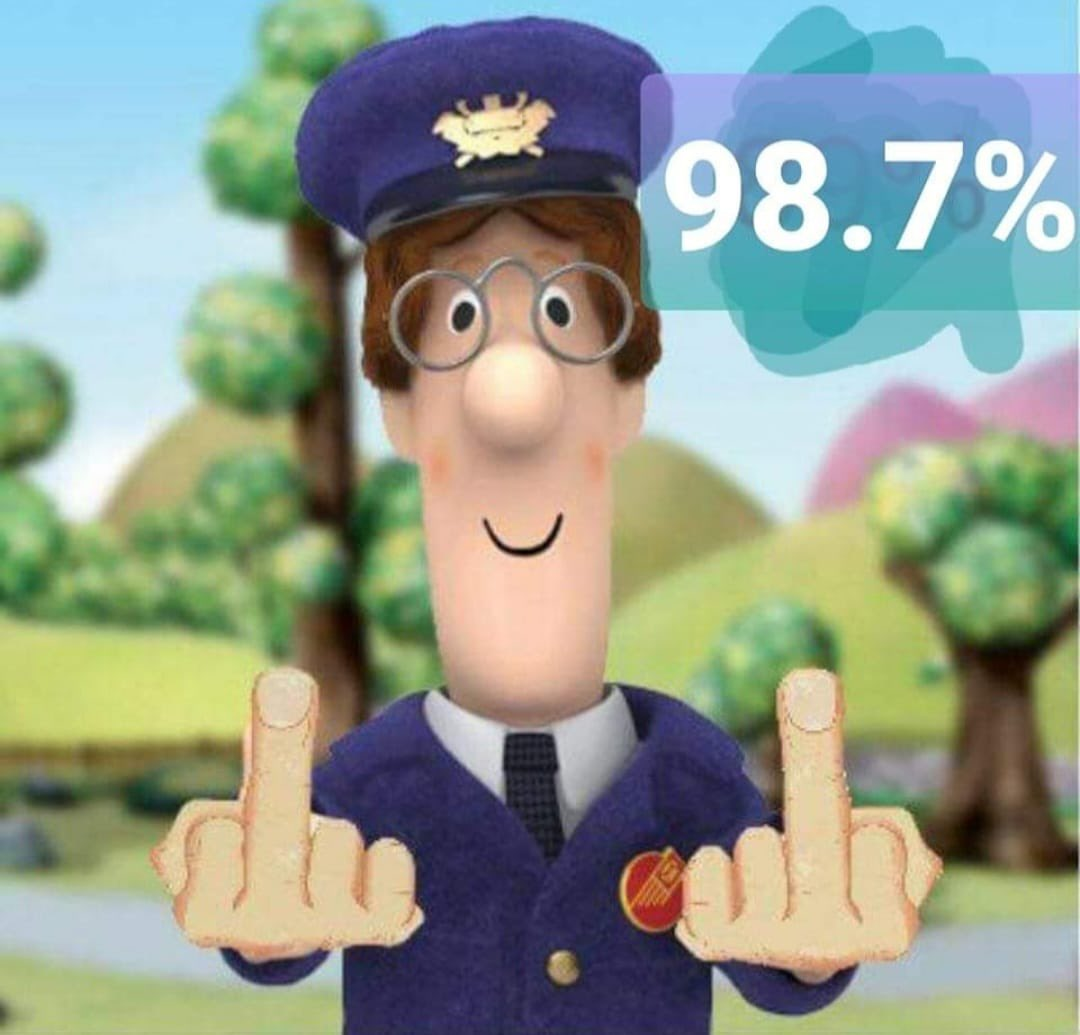 Judging by recent moderation patterns I’m gonna get some nerd come in here and call this image being offensive so I will explain its relevance. This is directly from the CWU, a mainstream British union, leading this strike of 115,000 workers, doing media interviews on national tv. They have widespread popular support.

Lmao I would probably get banned here if I hit a lib with a deez nuts response.

link
fedilink
Lenins2ndCattoasklemmy@lemmy.ml•how is it that communists convinced themselves that saying "fuck off" is acceptable?
link
fedilink
6•5M

Literally zero difference to saying jog on or go away other than tone. “Get out” and “fuck off” are literally exclamations of shock and/or surprise in the UK and Australia with equal strength to “do over” or “pull the other one mate” . Pearl clutching over tone serves to do nothing other than shut out people from a variety of cultural and class backgrounds different to yours.

It’s absolutely a big and very difficult issue though, I agree.

You can probably deauth it. https://www.hackster.io/akarsh98/wi-fi-jammer-from-an-esp8266-wifi-jammer-deauther-8187b8

If you look around you can pick these up pretty cheap. 40-50. Legality of use may vary considerably but if you don’t get caught who cares. I’ve seen some based on this esp8266 design on Amazon in the past, not sure about now. Might be newer and better methods as well.

Nothing wrong with using hydrogen if it can be done safely. The entire exterior of the hindenberg was essentially painted with thermite.

The fact that hydrogen is flammable is not really the issue, jet fuel is flammable but we fill planes to the brim with that. The question is really how safely it can be done.

As for public transportation by airship. I doubt it. But I suspect airships could find a use for cargo in places where trains can’t easily be built, IF you can get the safety up to standard that is.

A “view this page from X instance” dropdown menu populated by a list of federated instances in the UI of every comments section would streamline this process massively. Right now it’s a bit cumbersome.

He was ruling the country back then

This isn’t how the soviet system worked.

He was one of FIVE people on the upper most council, and hundreds and then thousands on the councils that reported to it. He had exactly the same powers that the other people on this council had. The USSR is not a presidential system, there was never one single leader of it.

But don’t take my word for that, here is a quote directly from the CIA’s declassified documents:

Even in Stalin’s time there was collective leadership. The Western idea of a dictator within the Communist setup is exaggerated. Misunderstandings on that subject are caused by a lack of comprehension of the real nature and organization of the Communist’s power structure. Stalin, although holding wide powers, was merely captain of a team and Krushchev will be the new captain. However, it does not appear that any of the present leaders will rise to the stature of Lenin and Stalin, so that it will be safer to assume that development in Moscow will be along the lines of what is called collective leadership, unless Western policies force the Soviets to streamline their power organization. The present situation is the most favorable from the point of view of upsetting the Communist dictatorship since the death of Stalin.

link
fedilink
Lenins2ndCattoasklemmy@lemmy.ml•What's Your story behind getting banned from reddit?
link
fedilink
1•5M

I got a 7day ban from reddit for posting pigpoopballs.jpg to someone. Hexbear has this as an emote.

When I appealed with the message “It’s a pig with poop on its balls” they raised it to a permaban.

It seems an own lemmy instance might be the perfect software for this.

Possibly, the only thing I’m not sure on is whether the community-wide restrictions are possible at an admin level in such a way that you can enforce it sitewide or whether it might require a bit of added work to get that functionality in there. You probably can just get away with it being a site rule that all comms must set themselves up that way but if you get a lot of comms this would become a lot of work to check regularly. I’m not wholly familiar with Lemmy’s admin backend so I don’t know for sure. But even if it doesn’t have it, it’s not far off.

On the Death of Lenin

A moving speech and eulogy, from a man who loved his comrade, who he had fought alongside for many decades.

Also a very large fan of the interview with Stalin by H G Welles.

I don’t see why not. Several subreddits over on reddit function this way, with one or a group of approved posters while everyone else can only comment. The main features of a blog are a front page feed and posts, this is precisely what you get with these platforms.

Really the only barrier to succeeding with this is whether or not what is put into the space(whichever method you go for) is legitimately something people find interesting enough to come back to repeatedly.