Wonder what all that could buy…?

link
fedilink
Deer Tito (She/Her)toGenZedong@lemmygrad.ml•Not a good look to use a photo with a Nazi symbol
link
fedilink
25•3M

It looks like they’ve stopped trying to hide it, and instead trying to normalize these symbols :S

link
fedilink
Deer Tito (She/Her)toGenZedong@lemmygrad.ml•Fellow Europeople, do you have the heating on already?
link
fedilink
5•3M

Wait what? I’ve been feeling iffy about quite a few of their positions, but ended up joining the party this year because I need to be doing something. Just read their updated statement, and the Red Party saying that they “support those who defend themselves against Putin’s troops and fight for their freedom, independence and democracy” is very disheartening, and I’m wondering if I’ve made a mistake. I don’t support Putin, but holy shit, Ukraine is not fighting for democracy or any kind of freedom that we value.

link
fedilink
Deer Tito (She/Her)toGenZedong@lemmygrad.ml•Fellow Europeople, do you have the heating on already?
link
fedilink
4•3M

I have had the heating on for like a month, set at 20°C at day and 18°C at night in my bedroom where I spend almost all my time, and one set to 15°C in the rest of the apartment, and I have a blanket over me most of the time. I have chronic illness which makes me really bad at dealing at dealing with low temperatures.

Fortunately the last two months bills have been under 1000 NOK (~100 USD/EUR), so I’m managing so far, but worried about the cost in the next few months.

I agree with you. I was just saying what seems to be the logic of the EU in this letter: https://www.eeas.europa.eu/delegations/un-new-york/eu-explanation-vote-–-un-general-assembly-draft-resolution-combating_en

Which basically is “We oppose Nazism, but Russia uses fighting Nazism as part of its justification for the war in the Ukraine, so if we vote yes it’ll look like we support Russia in the war”.

Which I think is bullshit of course.

Your insinuation is UNACCEPTABLE!

On a related note, I find it strange that Norway celebrates the signing of the constitution (17. May 1814), and not the dissolution of the union with Sweden in 1905.

I’d recommend checking out Caliban and the Witch

Not sure if I’d call it explicitly communist, but it is in the party’s program. They are Marxist and have stated that “as a revolutionary socialist party it is not the Red Party’s task to administer capitalism in a government position”. They are also against NATO and the EU/EEA.

In Norway we have NKP (Norwegian Communist Party) which is tiny and basically irrelevant, and the Red Party which had ten thousand members as of 2020, and which went from 2.41% and 1 representative in 2017 to 4.72% and 8 representatives (out of 169) in 2021. So there are signs that there might be a growing movement here.

We’re getting government assistance to limit the impact of the high energy prices, so odds of anyone rioting anytime soon seems very low. The economic conditions of our populace seem to worsening however, as 21.2% of Norwegians could not handle an unexpected expense of about 1900€, which could eventually lead to riots in a few years.

Did some googling and found this: 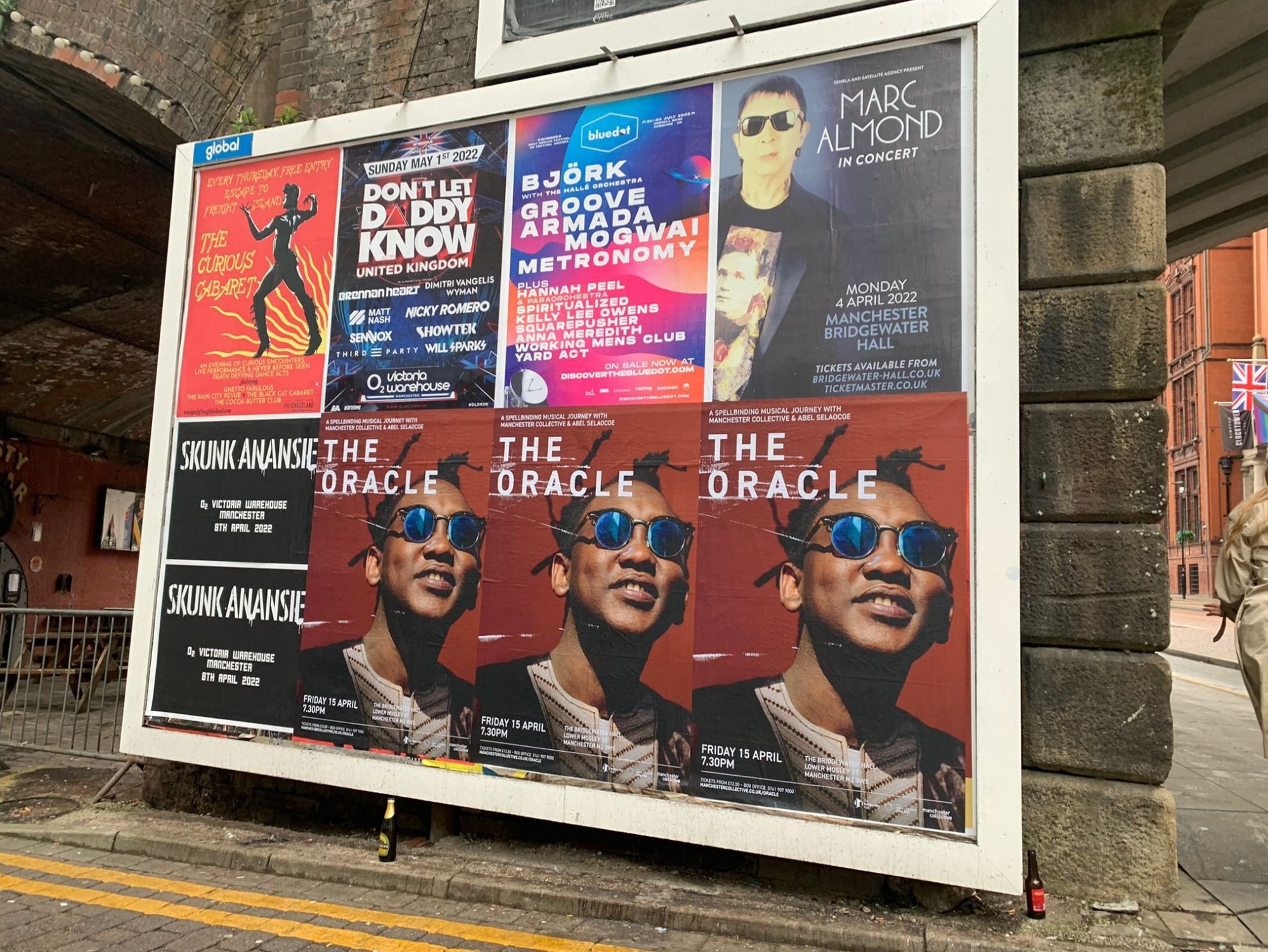 ‘Everyone loved each other’: the rise of Yugonostalgia

external-link
> While many citizens of the former Yugoslavia miss the lower prices and global recognition, others warn against over-romanticising the Tito era > A common narrative during these years was that Tito had, for nearly half a century, forced different peoples to live together against their wishes. Of course they have to find some angle to convince people that a good thing is bad actually!
fedilink
23
external-link

‘Everyone loved each other’: the rise of Yugonostalgia

fedilink
Deer Tito (She/Her)toGenZedong@lemmygrad.ml•Can’t even log on to listen to my podcasts without this bs poppin’ up 🙄
link
fedilink
5•5M

Feeling even better about quitting Spotify now. Been using Pocket Casts for podcasts, and buying music on Bandcamp.

After they “feed the procedures of production” they’d also have to take a part of the value created by the worker to fund those institutions which enable the reproduction of labor (education, healthcare, infrastructure etc.).

Norway is a social democracy, not socialist.

As someone who hasn’t seen either of the versions, but just seen what people wrote about it. The live-action Mulan succeeds in her endeavours because she is the chosen one with magical powers, while in the original she did so through hard work and being clever.

The fact that many (17 of 85) of the references in their report point to articles by Radio Free Asia and Human Rights Watch doesn’t exactly instill much confidence in their claims.

The Punch Out with Eugene Puryear (a podcast) did an episode on this on August 8th, it’s concise so I’d recommend checking it out. Basically it sounds like it does some good things, but will be far from enough to deal with the problems it is supposed to mitigate.

Feel free to check the quotes, I put the quotes with links to the texts (on Marxists.org) I quoted in the body text of the post. The quotes don’t necessarily refer to disabled people specifically; I pulled quotes from texts I had read, and there may be other texts by the authors that more accurately portray their views on this group.

Sorry if I’ve misunderstood the texts; my disabilities cause severe brain fog. I made this post to share what I had found, but also to hear if any comrades had conflicting findings.

Anarchists' and Communists' Views on How to Treat Disabled People

image
> The units of society [...] can deprive all such antisocial adults of political rights (except the old, the sick, and those dependent on private or public subsidy) > Freedom to live [...] even at the expense of individuals who *voluntarily* tolerate one’s exploitation. > [Whoever] wants to live in society must earn his living by his own labor, or be treated as a parasite who is living on the labor of others. -Mikhail Bakunin, [Revolutionary Catechism](https://www.marxists.org/reference/archive/bakunin/works/1866/catechism.htm) > If society were only relieved of the waste and expense of keeping a lazy class, and the equally great expense of the paraphernalia of protection this lazy class requires, the social tables would contain an abundance for all, including even the occasional lazy individual. -Emma Goldman, [Anarchism: What It Really Stands For](https://www.marxists.org/reference/archive/goldman/works/1910s/anarchism.htm) > [The] most tempting delicacies ought to be kept for the sick and feeble – especially for the sick. Say that if there are only five brace of partridge in the entire city, and only one case of sherry, they should go to sick people and convalescents. -Peter Kropotkin, [The Conquest of Bread](https://www.marxists.org/reference/archive/kropotkin-peter/1892/bread.htm) > From each according to his ability, to each according to his needs! -Karl Marx, [Critique of the Gotha Programme](https://www.marxists.org/archive/marx/works/1875/gotha/ch01.htm) > [Humanity] will inevitably be confronted with the question of advancing further from formal equality to actual equality, i.e., to the operation of the rule "from each according to his ability, to each according to his needs". -V.I. Lenin, [The State and Revolution](https://www.marxists.org/archive/lenin/works/1917/staterev/ch05.htm#s4)
fedilink
46
image

Anarchists' and Communists' Views on How to Treat Disabled People