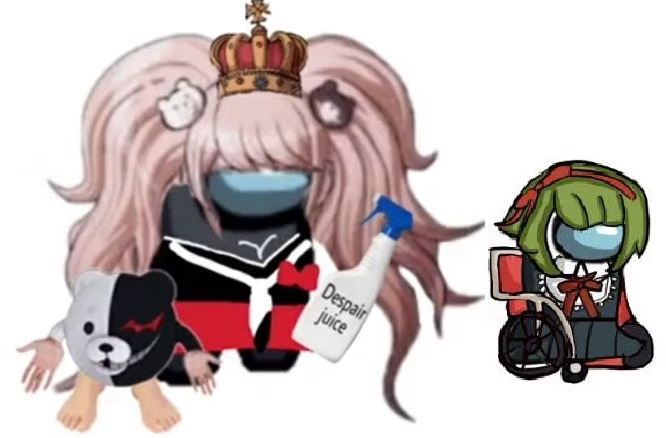 Or Kosovo and Metohija

link
fedilink
@Kirbywithwhip1987@lemmygrad.mltoGenZedong@lemmygrad.ml•Ukrainian government now executing conscription of all males 20-55. Is this what "winning" looks like?
link
fedilink
13•5d

Hitler youth next probably but hey, they are winning, Elensky told me weapons are coming!!

My friend is anarchist, but he is anti-imperialist and against USA and their puppets, doesn’t have anything against USSR and communism so there’s that.

Curious, I really wonder what average people there who hate Russia think of pics like this.

link
fedilink
@Kirbywithwhip1987@lemmygrad.mltoGenZedong@lemmygrad.ml•Abrams tanks for Ukraine to be deliberately downgraded, at earliest will arrive in Ukraine a year from now: Washington Post
link
fedilink
12•7d

What will be left of Ukraine by that time💀

How do I do that?

One scum less for Lukashenko to deal with

Balls-to-the-wall, along with brains on the wall

Finally progress, it was calm for a few days. Z

Lmao they would be owned if war happens💀

Can’t wait to use those methods 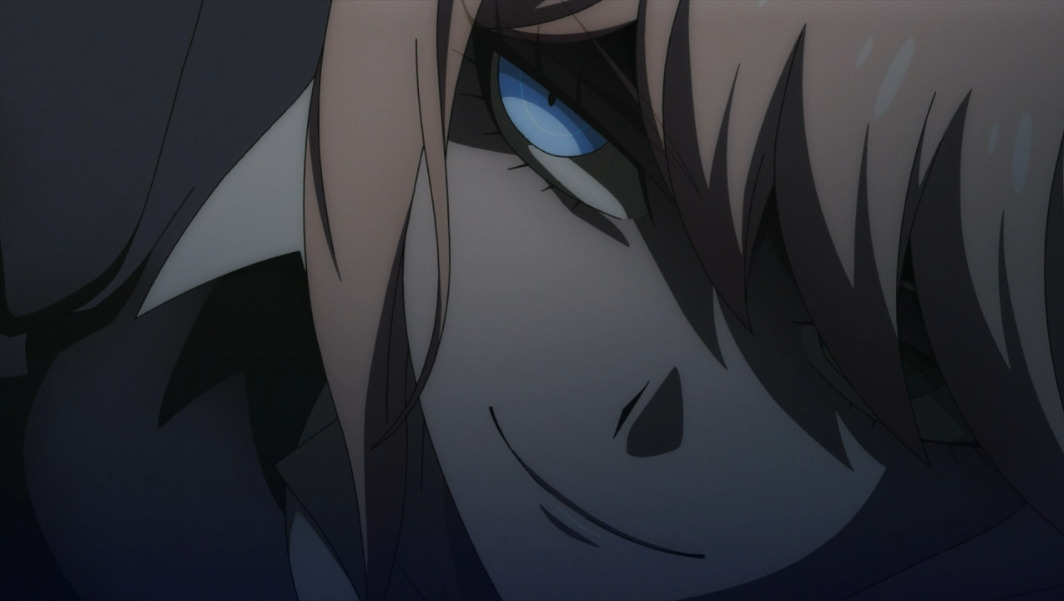 Tank shells type 3BM42 MANGO or 3BM59 are sent directly for aiming and dazzling the enemy and can even hit the commander behind the armor.

Attack the tank from above and from a safe distance! Leopard’s crew is sitting ''comfortably " between ammunition and fuel, give them fire/heat them up.

There is is ATGM with penetration over 500mm type cornet? Bay on the side armor resistance only 490mm rear of the tank.

Is there room for maneuver? Bypass and use ATGM with 500mm penetration!

I hope it’s accurate, Russian, Serbo-Croatian and all other Slavic languages are pain in ass to translate to English. 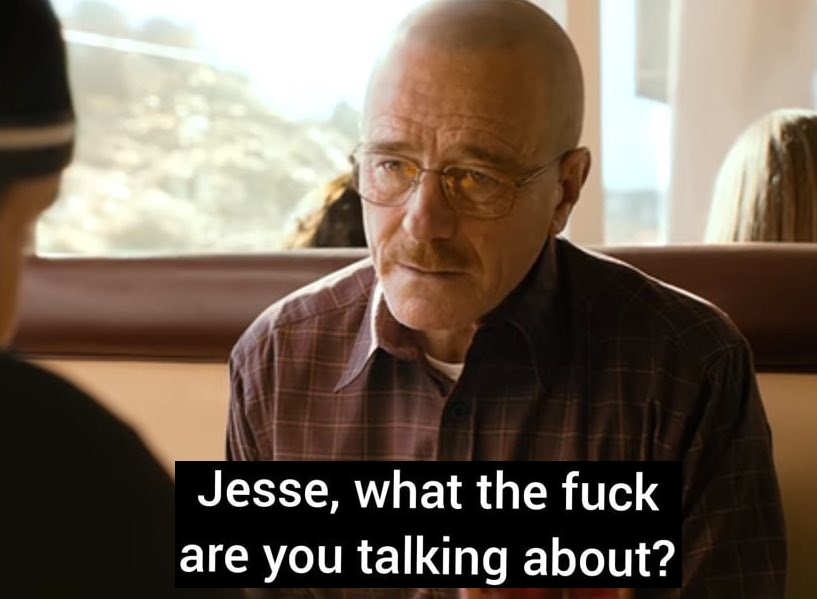 Why it commits so many war crimes on daily basis

Why it commits so many war crimes on daily basis

image
Can't post on shitreactionariessay for now so posted here, we really need denazification across Europe as soon as possible.
fedilink
46
image

Useless junk was falling even before it came in official use

Useless junk was falling even before it came in official use

Why does reddit worship and posts pics of cats so much?

It's a bit weird and it doesn't have to do with other atrocious stuff on that website, but I noticed this a lot. Cats are basically the official animals of reddit, even more so than the doggos, they are literally everywhere and it's getting annoying, it's not just reddit either, but most of the social media, cat literally does nothing, looks at camera and they post it. Don't get me wrong, I don't have anything against cats, but why cats 24/7, why not some other animals like bears, monkes, crows, wolves, whales, dolphins, foxes, lizards etc? We have rodents here for example. Idk what's the reason for this but maybe I'm a bit biased because I like other animals more, but I'd like to know why is this, I'm interested.
fedilink
28
message-square

Why does reddit worship and posts pics of cats so much?

Gee why am I not surprised? (and the shitty meme)

Gee why am I not surprised? (and the shitty meme)

Already guessing from where is that guy and the comments

Already guessing from where is that guy and the comments

image
This is the whole front page of that sub today, there are legitimately just a few normal questions. We should have a sub for this type of stuff if we don't already.
fedilink
25
image

I'm so fucking tired of r/memes

Just accidentally browsed that sub yesterday because I randomly saw 1 legit good meme in Google photos and entered to see if there are some quality ones and man is that a cancerous sub... While they don't do political ''memes'' anymore i.e Russia/China/DPRK/Iran/Cuba/Venezuela/communism bad and lick Elensky/Ukraine's ass(legit, there are no memes about countries and politics there anymore at all), idk what happened, mods probably started punishing for breaking ''no politics'' rule and while it's not even close as bad as r/196, r/historymemes, r/dankmemes etc, they still post constant sexual content(sometimes slightly LGBT-phobic), same overused memes over and over and over again, I know plenty of people do that a lot including people I know, but god they are actually funny, unlike their constant same memes posted in a row for weeks, like about time passing fast lastly for example, ''personality'' memes, Marvel brain etc. And my god they behave like they didn't speak to a female person ever in their life, I'm not even joking. They treat a normal conversation with a female human being like it's getting an Oscar or winning lottery... Their behavior and thinking towards and about girls and women genuinely disturbs me. Also ''boys better than girls memes'' are still being used to this very day without a hint of irony. Then constant depressing memes about being well, depressed and miserable life etc are also overused, and the rest is just pure cringe about random things, movies, shows and random situations using mostly boring or overused templates and very, very rarely some actually good meme. On the sub that's supposed to be funny and make you laugh, it makes you want to shut it off after 10-20 seconds of scrolling and never come back again due to the sheer idiocy and miserable people in it. Keep in mind that this is not some small place with a few thousand users, this is a sub with 23 million+ users and tens of thousands of them posting daily... Anyone feels the same or maybe knows what's the cause of this?
fedilink
27
message-square

I'm so fucking tired of r/memes

Today is Orthodox Christmas, marry Christmas to everyone who celebrates!
fedilink
23
message-square

What happened with some of the mods?

Recently I saw that quite a few accounts became inactive as they are not posting in any subs for days/weeks, like Comrade Rose disappeared suddenly, including Ratto and Aru, what happened to them? Then I also remembered Grace, Environmental Data(if I'm not mistaken) and Stalin's spoon from reddit, they and others disappeared for a while. What happened to yall?
fedilink
34
message-square

What happened with some of the mods?

9 countries withdrew the recognition of Kosovo

Libya🇱🇾 Somalia🇸🇴 Gabon🇬🇦 Burkina Faso🇧🇫 Eswatini🇸🇿 Guinea🇬🇳 Antigua & Barbuda🇦🇬 Saint Lucia🇱🇨 Maldives🇲🇻. With that, the convincing majority of countries don't recognize it, only 92 out of 193 countries recognize it, and we're already waiting for 10th to withdraw the recognition. Here is the current map, the green countries recognize it: ![](https://lemmygrad.ml/pictrs/image/fa4616e3-ff51-4441-9144-371853c55f7f.png)
fedilink
24
external-link

9 countries withdrew the recognition of Kosovo

I wish you all a happy New Year! What are your plans for this one?
fedilink
39
message-square

I'm so fucking done with American movies set in or having anything to do with Russia...

Last example is when the movie ''Anna'' from 2019 was on TV today and it's about you guessed it ''KGB'' woman living in poverty in 1990 in USSR while her family or husband is abusing her, I don't know exactly, I didn't watch it, just read the script and of course she is dreaming to escape and goes to CIA to become double agent or whatnot. So fucking tired of Yankee movies having anything to do with Russia, it's always: ''those dumb drunk Slavs abusing women who must be in kitchen constantly, while they smoke and get in fights with neighbors all day while the ''good'' main characters in movies go to worship CIA and lick USA and westoid ass to escape from ''hell'' that is their country, the ''good ones'' are always those who bootlick the west after they escape and go against their country. Then the poverty they show in Eastern European countries in movies, why don't they talk about why did poverty happen in the first place, why it's still happening and bring up the reasons for it? Then there are movies like ''Atomic Blonde'' from 2017 where DDR is depicted as hellhole and East Germans as basically dumb NPCs, ''Red Sparrow'' from 2018(basically the most disgusting one and same thing as Anna), All the Devil's Men from 2018 etc etc, there are too many of them. It's like they didn't move on from the shit show that was Rambo 2-4, some character screaming I believe in perestroika in Tango & Cash like it's something to be proud of and similar ones. I swear to fucking god I hate every movie with main Russian character except John Wick. Rant over.
fedilink
41
message-square

I'm so fucking done with American movies set in or having anything to do with Russia...

Decolonization is still not over and it needs to be completed

Along with Palestinian territories, there are still tens of islands over the North and South America and Caribbean, Pacific, Oceania etc and even a few cities and territories in Africa that are still in possession of the European colonialists that haven't been returned to their countries or gotten independence like Barbados did recently. Northern Ireland, British overseas islands, Falklands and Gibraltar come to my mind first, then Spanish islands, Ceuta and Melilla, Netherlands islands and Greenland, Hawaii and Puerto Rico etc. These need to be freed from the colonialization, Palestine needs it's land back from the zionists, Ireland needs to unite, Falklands need to be returned to Argentina, Ceuta and Melilla need to be returned to Morocco along with islands close to the bank of Atlantic, Greenland, Hawaii and Puerto Rico need independence along with majority of other islands overseas! Does anyone know when and how will any of this happen and colonization be over once and for all?
fedilink
37
message-square

Decolonization is still not over and it needs to be completed

It's so satisfying, I'm so fucking happy right now, Fr*ce had like 10+ fouls and they literally ignored almost every single one of them, like FIFA wanted France to won just because they want Western European country to win but Argentine prevailed!!! ![](https://lemmygrad.ml/pictrs/image/3a59b25c-9083-40ca-ad8f-b72ff6516e98.jpeg)
fedilink
54
message-square